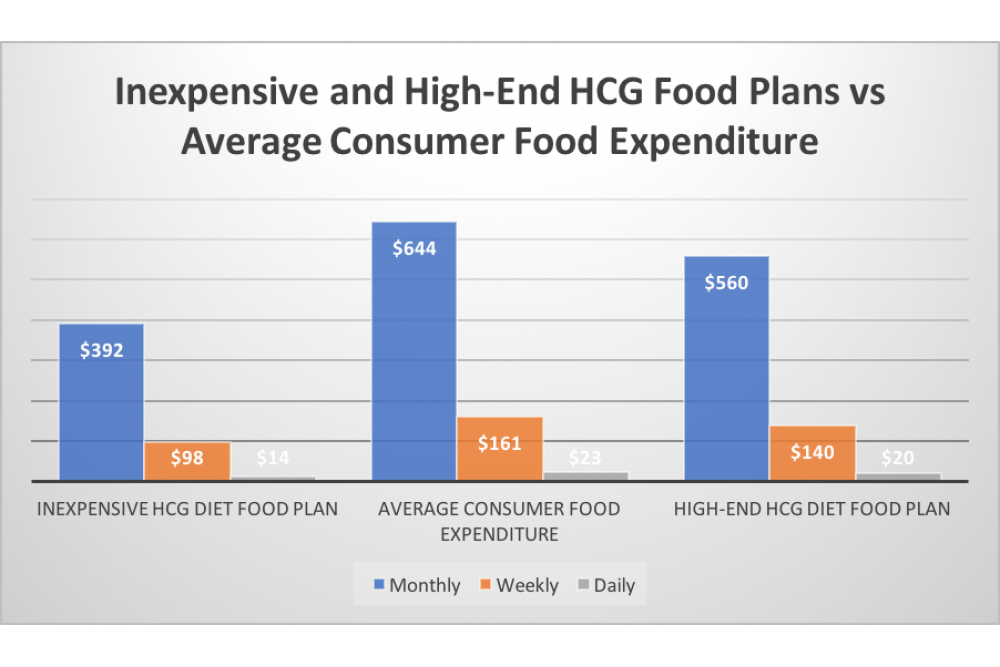 Is the HCG diet Affordable?

A common misconception about the HCG Diet is the financial cost associated with pursuing the HCG Protocol. The belief that the cost of some sort of “special food” list, on top of paying for the HCG kit itself, outweighs the cost of not doing the diet at all is a complete MYTH. Below is a graph depicting the cost comparison amounts between an inexpensive HCG food plan, and high-end HCG food plan, and what the average consumer spends on food according to the Bureau of Labor Statistics (BLS). We will show you how these numbers were found. 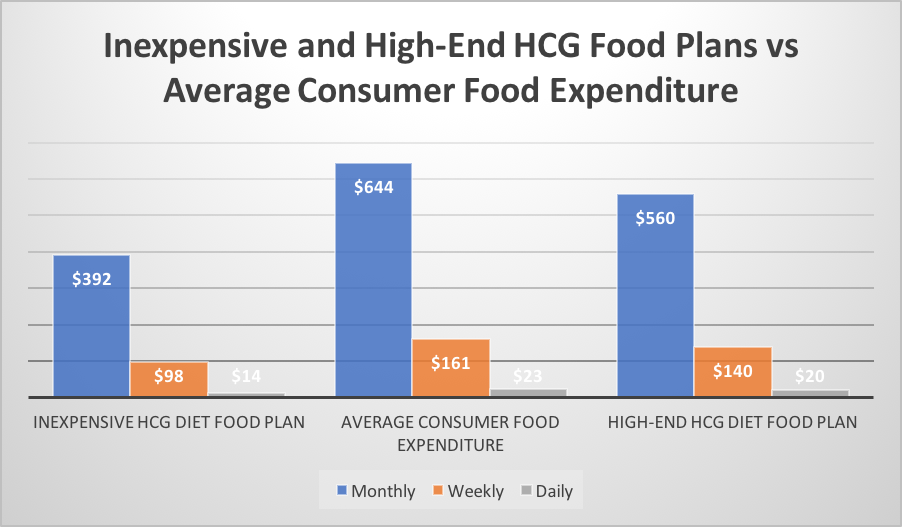 USHCGSHOTS.com is the cheapest supplier of U.S. Pharmaceutical HCG & Vitamin Injectables online. There is no other supplier online who has better prices than USHCGSHOTS, and certainly when comparing the prices many local weight loss clinics charge their patients, our prices can’t be beaten. We have conducted some market research to truly compare the cost difference between the HCG Diet and average food spending habits, and how the HCG Diet costs less than what most consumers spend generally on food. According to the Bureau of Labor Statistics (BLS) in their Consumer Expenditure Report for 2017, the average expenditures per consumer for food, both at home and away from home, totaled $7,729. When breaking that number down, this also translates into:

So, the average consumer in the United States spends approximately $23 a day on food. The question now is, roughly how much does the HCG Diet cost on a daily basis and how does it compare to the average expenditure on food mentioned above? To answer this question, we took foods from our HCG Diet Food List and found the average cost per pound of these foods according to USDA National Retail Reports for the end of December 2018.

To put it into perspective, compare a more inexpensive HCG Food Plan for one day and one of the more high-end food plans based off our HCG Diet Food List.

One of the most inexpensive items on the Protein list is the boneless and skinless Chicken Breast, which can be found at supermarkets for about $3/lb. All fruits and vegetables on this list have a cost range of approximately $1-$4 per pound. With a serving size of 3.5 oz per serving for the Chicken Breast, just a single pound of Chicken Breast can cover nearly 5 dinner servings worth of protein while on this protocol. It is also important to note these serving sizes as well because it allows patients to “stretch” their dollar, and essentially eat more food for less money.

So just how much does the more conservative, inexpensive HCG Diet food cost? A package of boneless skinless chicken breasts can be found at Walmart for a price ranging from $7-$10. According to the USDA reports, a pound of cucumbers on average is sold for $1.26/lb., and grapefruits also on average being sold for just over $1/lb. A total of no more than $14 on food for that one day. And, again, note the proportions of what one would eat in one serving compared to the amount that you buy and our price estimates which are in pounds. This mere $14 in the day covers, in terms of portion sizes, more than one day of the necessary protein, fruit, and vegetable requirements for the diet.

$14 a day also amounts to $98 a week, and $392 a month. All well below the average consumer spending numbers mentioned earlier from the BLS. 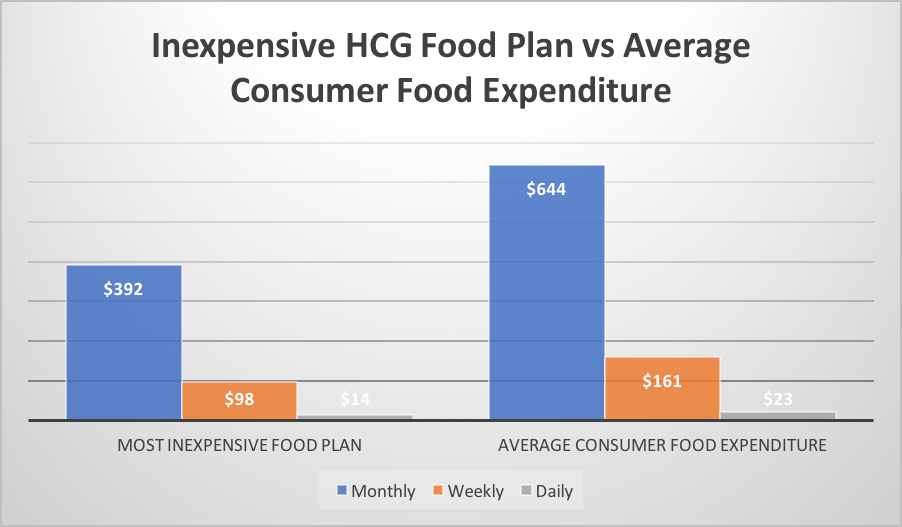 As you can see, in terms of food spending alone, the HCG Diet actually costs less than what the average American consumer is spending on food. Even when including the 28 Day HCG Injections Kit into your budget, it still won’t cost more than the average spending either.

Taking a look at some of the more high-end priced items on the HCG Diet Food List, pricier proteins such as Filet Mignon, Shrimps, and Scallops all have an average price of roughly $14 a pound. One pound of any one of those three covers the same portion perspective as before, and when adding the variety, allows you not to only stretch your dollar, but also play within a limited budget. And even factoring in higher priced vegetables and fruits such as tomatoes ($3-$4/lb) and Strawberries ($2.61/lb) still brings you to a daily spending amount of roughly $20 for a higher-end HCG food plan for the day, or $140 for the week, or $560 for the month.

And let’s not forget that while saving money on your grocery shopping, you are also losing weight and feeling better about yourself. The decision is in the numbers, the hCG diet is absolutely affordable for anyone wanting to start their journey towards a better lifestyle! 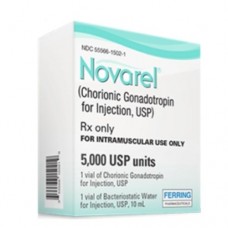