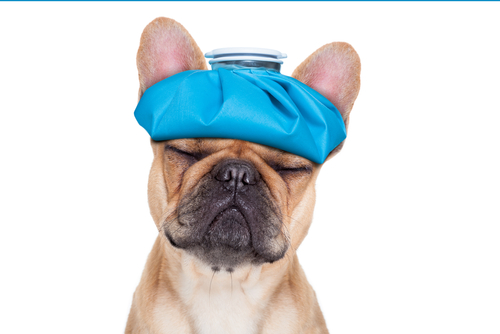 Alcohol affects every part of the body and acts like a stimulant at first and then a depressant, but is more importantly a diuretic, which makes the body expel liquids through urine. Large amounts of alcohol will deplete the body of water, nutrients, and vitamins, causing dehydration. The common symptoms of dehydration are nausea, fatigue, and a headache. All of which are signs of a hangover.

Although hangovers are the dreaded side effect of drinking too much, there are ways to counteract the nasty symptoms, besides drinking plenty of water. Here are 2 helpful supplements that will nurse anyone suffering from a hangover back to better health.

According to the National Institute on Alcohol Abuse and Alcoholism (NIAAA), a highly toxic byproduct of alcohol-processing called acetaldehyde causes major hangover symptoms. Acetaldehyde occurs early in the breakdown process of alcohol metabolism and is usually in the body for a short period of time before it is further broken down. However, an abundance of acetaldehyde is harder to break down and remains in the body longer, causing memory impairment, a sore stomach and sleeplessness.

Glutathione is important because it aids the liver in neutralizing the toxin. With excess of alcohol, the liver doesn’t have enough glutathione to neutralize the large amount of acetaldehyde. In an effort to help the liver break down alcohol toxins, a person can take dietary supplements of glutathione, which will offset hangover ailments.

Vitamin B12 (Methylcobalamin) is a water-soluble nutrient that is vital to cell metabolism and serve to help metabolize consumed alcohol.

Taking Methylcobalamin B12 before drinking will help the body store those vitamins despite alcohol’s diuretic effects-overall reducing the risk of a hangover. A person can also take the supplement the next day to help replenish those vitamins within the body.

Or, at the very least, specifically taking Methylcobalamin B12 will help hangover symptoms. B12 is a nutrient that maintains nerve health, manufactures red blood cells, and aids in the production of DNA. Alcohol is a neurotoxin that causes the brain to become damaged and swell. But since b12 plays such a large role in the functioning of the brain, the alcohol’s brain effects are reduced with Methylcobalamin B12 injections.