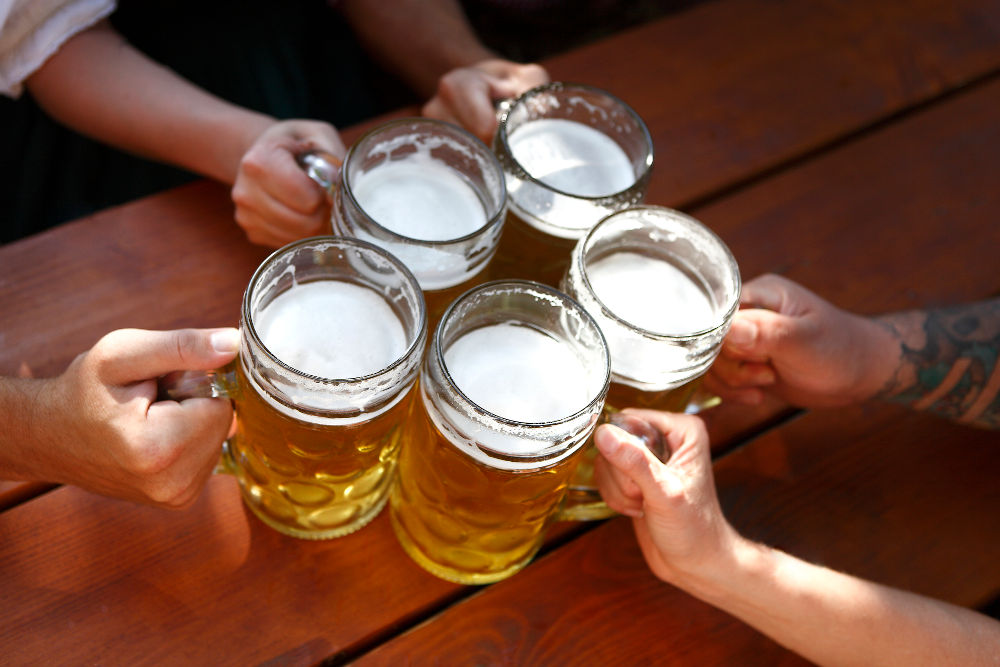 Alcohol consumption is on the rise in the United States, which can be both a societal and a medical concern. After all, drinking in excess can lead to an increased risk of high blood pressure, stroke, and heart attack. Overconsumption can also cause liver disease and obesity as well as increased instances of depression and suicide.

A Brief History of Alcohol Consumption in America

Historically, Americans have wavered between intense periods of alcohol consumption, followed by equally intense periods of sobriety. Alcohol has been a significant part of U.S. culture since the start, as the Mayflower landed at Plymouth Rock partly because they feared they’d run out of supplies, including beer.

By 1830, the average American over the age of 15 drank more than seven gallons of absolute alcohol annually, which is about three times the current rate. Perhaps because of overindulgence, the temperance movement gained traction during this time, which led to a sharp decrease in drinking (an average of two gallons per year) by 1845.

Over the ensuing years, many states enacted and then repealed prohibition laws. In 1920, however, the U.S. formally legislated national prohibition, although many in the populace and government continued to drink despite alcohol’s illegality. Eventually, prohibition was repealed in 1933.

Alcohol consumption rates steadily rose, and it was even considered a fabric of daily American culture. Then, anti-alcohol sentiments peaked in the early 2000s as its potentially detrimental effects were better understood.

According to the National Institute on Alcohol Abuse and Alcoholism (NIAAA), in 2019, 25.8% of people ages 18 and older binge drank in the past month, while 6.3% engaged in heavy alcohol use during this same period.

High-intensity drinking is also an emerging trend, with nearly 15 million people ages 12 and older suffering from alcohol use disorder (AUD). Only about 7.2% of these individuals received related treatment.

Perhaps because of these trends, the NIAA reports that the rate of all alcohol-related emergency department visits increased 47% between 2006 and 2014 and that alcohol consumption is the third-leading preventable cause of death in the United States. Comparatively, alcohol consumption is the seventh-leading risk factor for preventable death globally.

Despite this higher number, the U.S. ranks 25th in global alcohol consumption (8.7 liters of pure alcohol per person per year), while Belarus tops the list at 14.4 liters.

There are a wide variety of cultural factors potentially influencing the rise in alcohol consumption among Americans and others worldwide. These include family and peer influences such as seeing others socializing, celebrating, and enjoying drinking as well as using it as a means of self-medication. Other external factors include:

Next, let’s take a closer look at the physical and social impacts of alcohol consumption in the U.S.

The U.S. Centers for Disease Control (CDC) reports there are myriad physical and mental consequences of the rising alcohol consumption in American culture, including more significant risk of:

Alcohol abuse and dependence can also lead to social and family problems, as well as job performance issues and eventual unemployment. There are also more significant risks of injuries from motor vehicle crashes and falls, as well as violence, alcohol poisoning, risky sexual behaviors, and miscarriage, stillbirth, or fetal alcohol spectrum disorders (FASDs).

The good news is several different options can help combat some of the adverse physical effects related to alcohol, including lipotropic and vitamin injections, glutathione treatments, and B12 shots.

While drinking among teens is down, Americans have continuously increased their alcohol consumption over the past two decades, with no clear end to the trend in sight.

While drinking instances among men have always been higher than women, a significant factor in this upward trajectory is increased rates of binge drinking among women, which could be due to the lower cost of alcohol and increased stress in the workplace. Furthermore, cultural attitudes toward drinking have changed, with American society considering it more socially acceptable to consume greater amounts of alcohol.

Contrary to popular opinion, alcohol policy settings and tax-rate levels have not impacted this increase.

With all of these details in mind, how can you positively influence the future of American drinking culture? Here are a few suggestions: